Introducing ORO at Edge Towers, the newest addition joining the highly anticipated Edge Towers Master-Planned Community! Located in the heart of Mississauga at Hurontario St & Central Pkwy , ORO at Edge Towers is an opportunity to become one with the city where transportation, shopping, dining and entertainment are all easily and conveniently accessible. Moments from Square One Shopping Centre , Sheridan College, the upcoming Hurontario LRT , GO Transit, MiWay Transit, Major Highways and so much more that Mississauga has to offer is all right here!

ORO Condos located in the area there will be a HUGE change in infrastructure in the next few years!!! Apartments from 1BR to 3 BR !!!! The main number of apartments - 1BR + DEN !!! 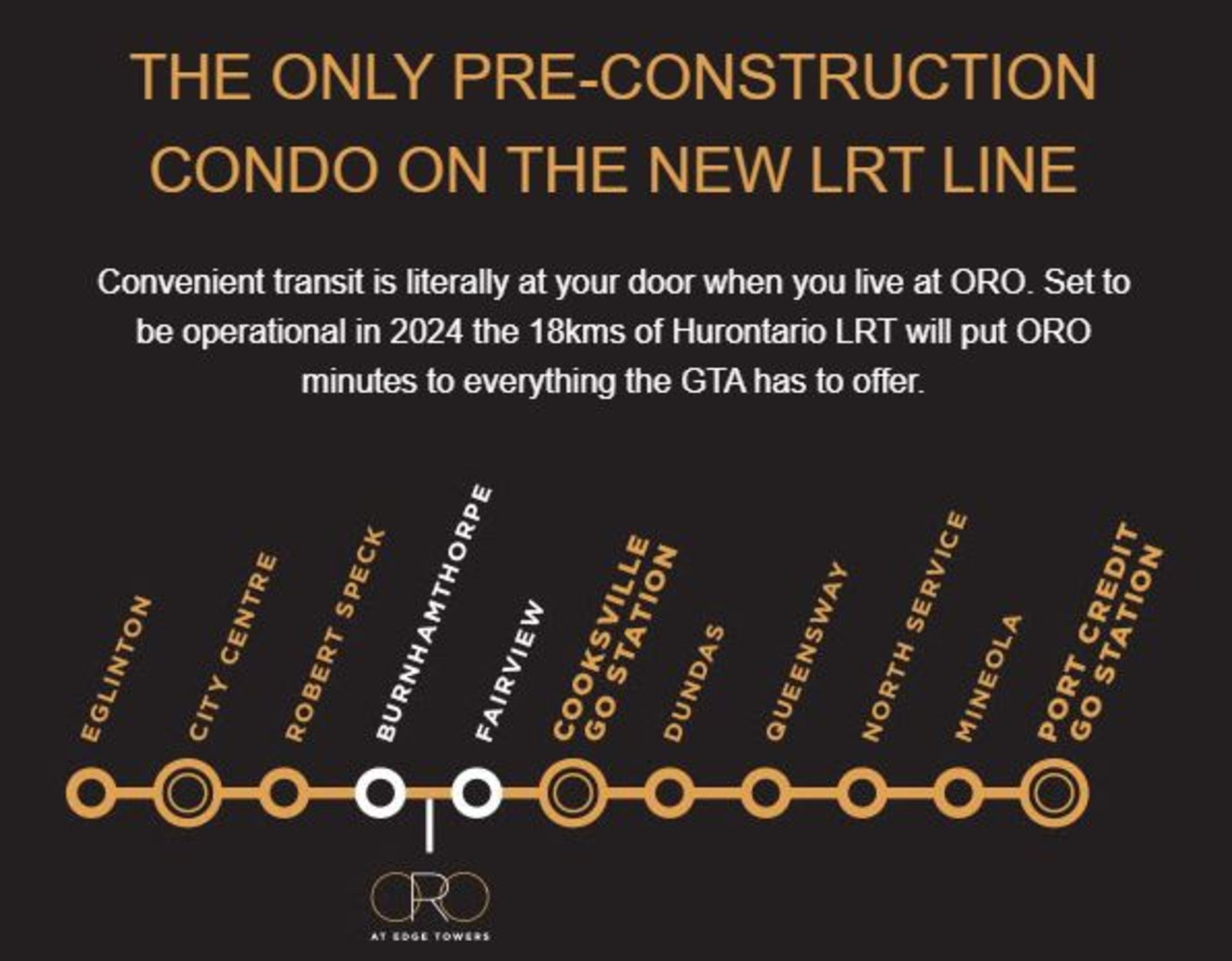 Less than a 15-minute walk from Square One Shopping Centre which features 2,200,000 square feet of retail space with more than 360 stores and services for you to enjoy! You will also find a great assortment of restaurants, entertainment and other retailers in the area surrounding Square One -- everything you could possibly need and want is all right here!

You will also be steps from multiple MiWay Transit Routes and moments from the Square One Bus Terminal and Cooksville GO Station -- travelling throughout the city could not get any easier!

A quick 4-minute drive from Sheridan College which has gone through a massive expansion and now has a total enrollment capacity of approximately 5,500 students

Walking distance from the best of the best that Mississauga has to offer including Celebration Square , the YMCA, City Hall, and Mississauga Library. Mississauga neigh bours Toronto and is currently the sixth most populated city in Canada. The GTA is also growing at a rate of over 100,000 persons per year, according to Stats Canada, leaving Mississauga in a prime position to harbour a part of that growth!